How Much Did European Airlines Lose In The First Quarter?
+ 查看更多 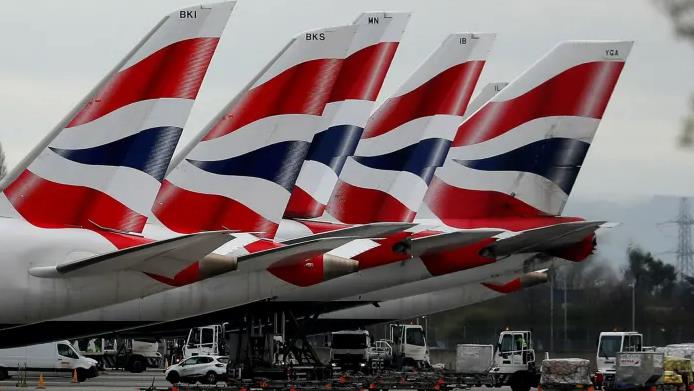 As the domestic situation in China gradually eases, the pandemic situation continues to ravage the world outside of China, the United States and Europe are still the centre of the global pandemic. In Europe, Italy, Spain, and Germany have just passed the peak of the pandemic, but the situation of the British pandemic has not yet slowed down. It has become the first country in Europe with more than 30,000 deaths. The suspension of the European aviation industry caused by the pandemic continues, and airlines of various countries are still in dire straits.

When will the European aviation market recover?

For the European aviation industry, there are more airlines struggling to survive, and one of the beliefs that allows them to persevere is that the European market demand in July will be the first major recovery and rebound in the summer peak season, and at present, European countries are also drafting policies for reopening after the pandemic. Therefore, European airlines plan to resume flights gradually in the third quarter. In the third quarter, Ryanair expects flights to return to 50% of the originally planned flights, IAG Group expects to resume 45%, Air France and KLM expects to resume 20%, and Lufthansa has not yet started the recovery plan, however, it has said that it will restore the capacity of 160 aircraft in June (currently 60 in operation).
However, most airlines are soberly aware that the pandemic has triggered an economic recession, and it will take two to three years for the market to fully return to the level before the pandemic. In the future, the prospects for economic development in Europe will be more uncertain, and the risk of recession will increase, which will inevitably affect the long-term demand level of the aviation market. In the context of the economic downturn, the market capacity has shrunk and mergers & acquisition trend has intensified, and the European aviation industry will likely change dramatically. Since 2018, the European aviation industry has Monarch airlines, Thomas Cook Airlines, Flybe and other airlines have gone bankrupt one after another. This indicates that the European aviation industry may have entered another round of mergers and acquisition. The arrival of the pandemic will accelerate the reshuffle and reorganisation of the European aviation industry.
Author: IAR
The original article is in Chinese, this version is translated by Albert K. Field
分享到：
上一篇Virgin Australia, Why Won't The Aussie Government Rescue The Country's Second Largest Airline?
下一篇2020.06.02 How did short-term debt caused by Coronavirus change the life of Chinese Airlines
下一篇2020.06.02 How did short-term debt caused by Coronavirus change the life of Chinese Airlines
推荐精彩博文